At the Beginning...A Life in Music...

I have had many life experiences -- haven't we all? My first real profession was as a singer-songwriter for RCA records in Italy. I was under contract to that recording company for seven years, made many lasting friends and have many fond memories of these times. During that time, I met Tony Renis, whose original claim to fame was for writing the international song hit, "Quando, Quando, Quango " He also wrote hits for Celine Dion, Andrea Bocelli (and the duet of Celine Dion/Andrea Bocelli, "The Prayer") and for many other famous artists. Early in our friendship, we collaborated on a film score and through the years we have written various songs together -- Tony writing the music with my lyrics.

Winning the Donatello, the Italian Oscar

In 2004, Tony called me from Rome and asked me to write the lyrics to a song of his. This song, "Merry Christmas in Love" appeared as the title song in a Danny DeVito movie called "Christmas in Love. " I have not seen the movie as it was only released in Europe, however, the song itself was an instant success. In fact, it topped the charts -- and beyond the Christmas season, and for many seasons since then.

"Merry Christmas in Love" was then nominated for the prestigious Donatello award, the Italian Oscar, for Best Original Song in a Motion Picture -- and won the award for 2005!!

The song is sung by a true musical phenomena -- Renee Olstead, who was only 15 years old at the time she recorded the song. She was discovered by David Foster, who is the same producer who discovered Celine Dion. Renee was also a Oprah Winfrey "discovery" and presented on her TV show. Renee Olstead is considered by many to be a young Ella Fitzgerald, an interpreter of enormous sensitivity and far beyond her years.

Here are a few songs that are much newer - and also rougher, having been recorded in my digital home studio - a work in progress.. Enjoy!

PLEASE NOTE: The audio player is not the greatest - sometimes takes its sweet time to start! But hopefully if you wait a few extra seconds, it will..Or try refreshing the page.

Living the life in the Golden Age of Italian music... With a long interview about the times, the people - and some photos...

I was very fortunate to live in Italy from the beginning of the 70's up to the mid-80's. It was an incredibly fertile, creative and dynamic time in music, truly the Golden Age of Italian pop music. No matter the size of the country, it was an exceptional time and there were many wildly talented and productive artists making music in Italy then -- competitive in originality and sheer musicality on a world level. I had the excellent fortune to find myself smack dab in the middle of the music scene and with my close friends, many of the top artists of the time -- many of whom remain, to this day, considered the most important artists of this time as well. And this period remains, what I would consider, the highlight years of my life (at least until now!).

Christian Calabrese, the son of Giorgio Calabrese, a famous Italian and international songwriter, produced a revealing interview with me (July 2, 2007) for a very popular on-line magazine, Hit Parade Italia, where I talk about those times and some of my experiences. Although the intro to the interview is in Italian, I will give you the gist of it here ( a quick and rough translation):

Christian Calabrese writes: "Sometimes life throws you a strange gift. It is unpredictable, a bit like this interview with Marva Jan Marrow. This is how it went: On my blog I had written a commentary on a 45 disc she recorded in 1975, which had never actually been released commercially, but was a promo record given to those in the music industry (authors, disc jockeys, journalists) . Marva had seen the record jacket of the single [MM: I got an "Alert" through Google about this] and amazed, she wrote to me that she did not have a copy of this [MM: very true!!] -- which was understandable, for the reasons just mentioned. Then we started to write back and forth through email, and she began to understand where this record came from and she wrote a message about it on my blog.

For her convenience and ease, we decided that she could respond in English. This was not because she doesn't know Italian, but because to write in our [MM: Italian] language would have taken her too long (as she says, " ten years!"). Better in English then. I left the English text side by side, with my Italian translation [MM: Better, so my non-Italian friends can read and understand too!]. This may not be necessary, but there it is. Naturally, my translation is not LITERAL. It is impossible to do a word for word translation from English (as for any language)..."
______________

MM: I think Christian Calabrese did a FANTASTIC job with the interview, with setting it up with the photos from the time (which I sent to him) and all. Take a look at this interview and see what you think...

Listen to a couple of recorded tracks of mine from those times, below...

Still it would ease the fear to know a little of how it will end
Will it come gentle, softly in loving arms of a friend
Or if they blast us full of holes, hell it’s all the same game
It’d help just knowing when and where and what would be the guy’s name

The Golden Globe Nomination for Best Song of 2006

"Merry Christmas in Love" was nominated for the even more prestigious Golden Globe Award for Best Original Song in a Motion Picture for 2006. The winners were chosen on January 16, 2006 and unfortunately "Christmas in Love" did not win -- but what a great ride. Other nominations in the same category are Bernie Taupin (writing partner of Elton John), Mel Brooks, Alanis Morrisette and Dolly Parton. The Bernie Taupin song for "Brokeback Mountain" won the 2006 Golden Globe Award.

more about my music... 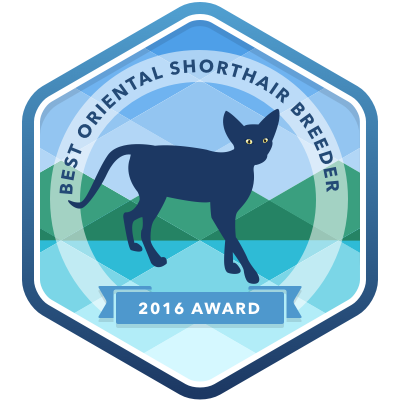 As mentioned above, these two recorded songs were published only as a promo. I actually did not recall that they were even released -- until, astonished, I saw Christian Calabrese's blog (see above)! They were recorded as rather elegant demos with a group of Italian musician friends -- some of the finest musicians around (Ivan Graziani, Patrick Djivas, Flavio Premoli, etc.). But to me, the tempo was a bit too fast and I looked forward to re-recording them with a slower paced track. Still, the songs are rather complex and hopefully interesting. If you click on the back cover of the jacket, you should be able to read the lyrics as they are printed. Both the lyrics and music are mine (and, of course the singing too!).

Feedin'on Dreams talks about the idea of what a shame it is that we grow older, finally have all this knowledge and experience and the irony - our bodies can't keep up with our minds! So in the song, the woman is old and then starts getting younger, so she will have the benefit of all the experience and knowledge, AND the energy and physical capability to use them. Still a great idea, I think...especially now that I too am older!

Phoenix speaks of the famous bird (of love, in this song!) who rises from the flames to live again -- the eternal hope and gift that love brings. Spring is also the symbol of rebirth, like the phoenix.

The dark cave of the lion
It still exists today
They say you just can’t help but fall on in
Don’t believe that false cliché’
Just look at our dear angel
He gathers roots to eat and then
He sleeps under the thicket by the maple tree
But slave he’ll never be
The looking glass the skylarks loved
Now flashes rainbows uselessly on the ground
Like those good time girls who come in the night to sell to you
A merry basket of love but inside no love’s found
Ahhhh….

I know its hard
But keep on trying dear angel…

It’s fears and alienation
Not what you’d like for me to say
The wrinkles are too many centuries wide
Can’t masquerade them away
Just look at our dear angel
You know, he’s young inside
The nets above won’t ever let him really fly
But still he keeps on trying
And tall cathedrals block the light
You’d think his white white wings weren’t white anymore
But then filtering the darkness hope comes shining through
Points him to the blue that was hidden before
Ahhh….

This is a 45/single I recorded at the end of 1973. It was a cover version of a big hit by Lucio Battisti (the Italian "god" of intelligent pop/singer-songwriter music), called "Il Nostro Caro Angelo." The English lyrics were mine, a translation from the Italian. The flip side, "Go Man" was a song that was part of a knock-off "Bonnie and Clyde" movie in Italy called "Blu Gang"-- pretty bad movie starring Jack Palance and Tina Aumont, but with a great soundtrack. The music was written by Tony Renis and I wrote the original lyrics.  The soundtrack won the "Nastro d'Argento" - Best Film Score of the Year. In the soundtrack, this was a recurring theme song that told the story as it unfolded. But it was cut to make this commercial version -- which was quite popular at the time. Both songs got a lot of airplay.

​Click on the record covers to see a larger version

My Wikipedia page.. In the Italian Wikipedia version

Someone created this page in the Italian Wikipedia, with a bio and description of the songs I wrote and artists I worked with during the "Golden Age" of pop music in Italy - fun and amazingly creative times.. It's in Italian, but you can try the translator if you are brave:-) Write to me if you have any questions..

Things that tremble tingle like a bubble full of rainbows… then crack
Sizzle, sing and whisper, when the shadows lace the moonlight with black
Things with silver linings, sparkling tinsel, twinkle shining with…
Waving wispy willow wings that breathe a song of Christmastime dreams…

Things that glow and glisten, eyes of children when they listen… then burst
Things that touch the wistful wish of watching someone else succeed first
Days that dingle dangle with a million parts untangle to
Satin stars that spangle and those Christmas bells that clangle out… dreams…

I’m dreaming of Christmas
To you, Merry Christmas

Galloping and gliding, Santa Claus’ sleigh we’re riding and
Bringing joyful tidings to the dreamers who are lying below…

When you came to wake me and to wish me Merry Christmas in love..